Canine Companions for Independence has come a long way since its founding in 1975. Originally operating out of a small building in Santa Rosa, the organization maintains its original charter to provide freedom and independence to children, adults, and veterans with disabilities through the placement of highly skilled assistance dogs. Thanks to the support of so many that have donated time and money, Canine Companions has grown tremendously over the past 40 years to expand its mission nationwide with centers in California, Florida, New York, Ohio and Texas. In its history, Canine Companions has matched just over 6,022 dogs, and made a significant impact on the day-to-day experiences of thousands of people.

It was an honor to be selected as the builder of their newest training center in Santa Rosa. Designed by JMA and in close connection with the executive director, Margaret Sluyk, Nordby Construction played a role from conceptual design through permitting, to design a building that fit the owner’s operational needs as well as met their budget.

Situated away from the hustle and bustle, a 2,300 sq. ft. steel beam training building is built for veterans with Post Traumatic Stress Disorder (PTSD). The structure has limited windows that look out to green space and provide a clear line of sight.  The intention is to help those with sensory disorders focus on training. The interior walls and cabinets are painted with soothing gray and beige tones, intending to provide a calm space. The building’s skylights fill the space with natural light. “When you walk into the building and start visualizing what will happen and how their lives will change, it’s worth all of the time and effort. Something special will happen here that will change lives,” Margaret says.

Funded by foundations and private donations, the 54,000 sq. ft. campus is situated on 20 acres of land. Veterans who participate in the program train for two weeks. They live in the campus dorms for the duration, which allows for a more focused program experience. Using the latest training innovations, students learn how to give commands, train with their dog, study from a manual, and take exams.

Summarizing her construction project experience, Margaret says, “If I had the opportunity, I’d do it again. I grew professionally from the experience and Nordby was a huge help and made it easier. Nothing is too big to accomplish and, if you have vision, you can bring so many people together to make something happen.”

If you want to learn more about Canine Companions for Independence, please visit their website at https://www.cci.org. 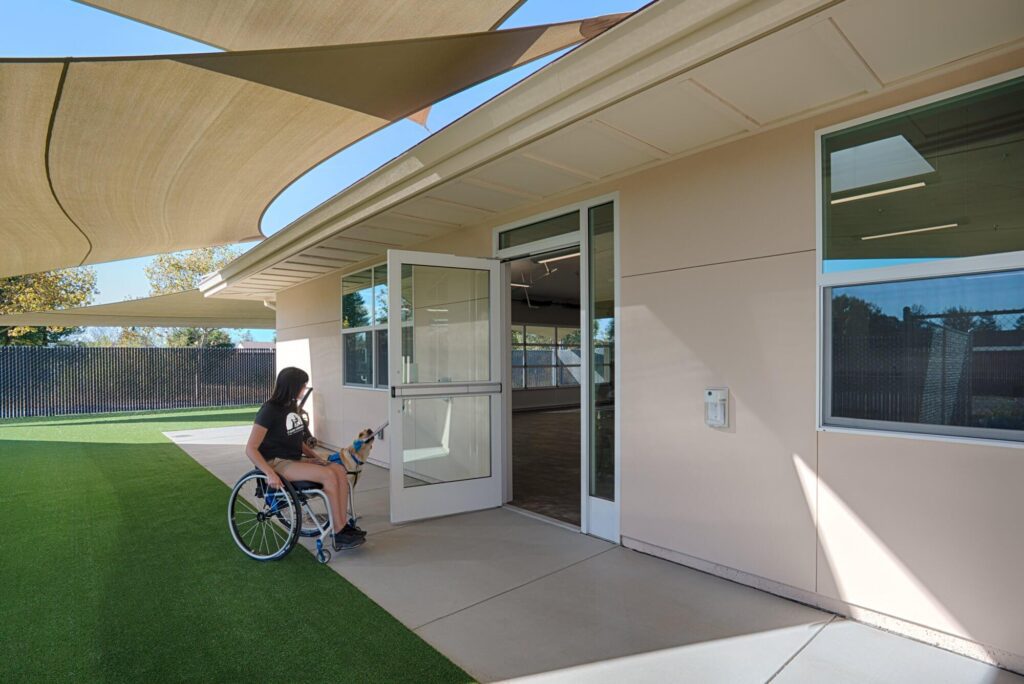 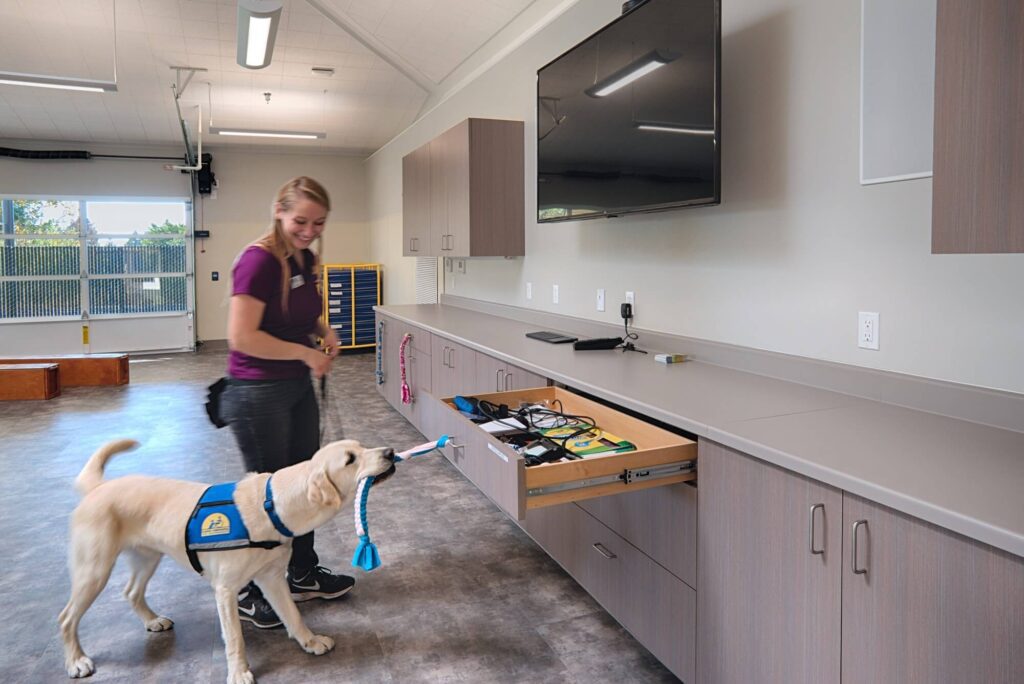 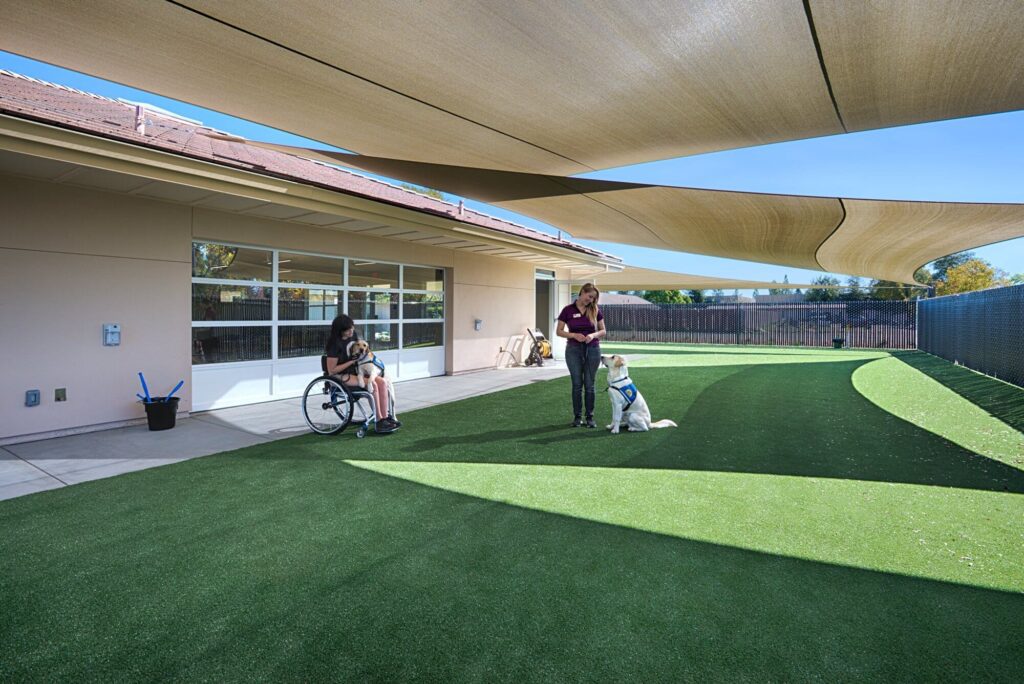 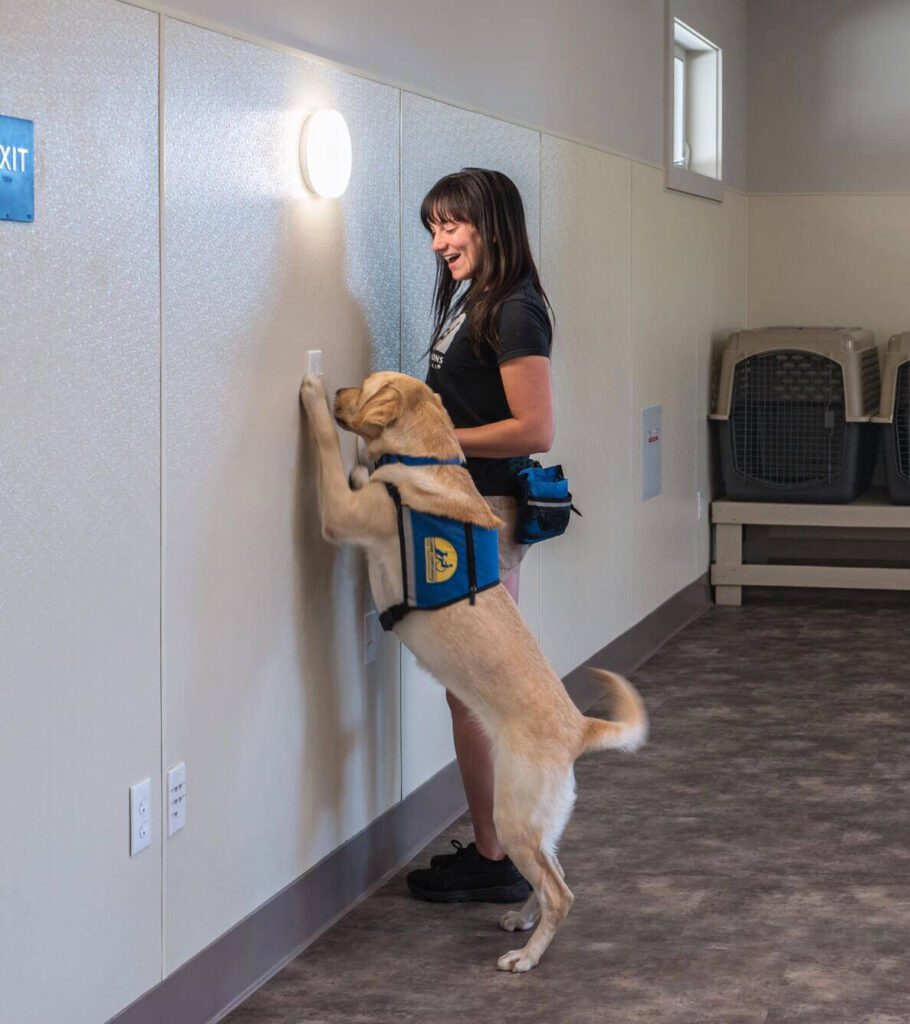 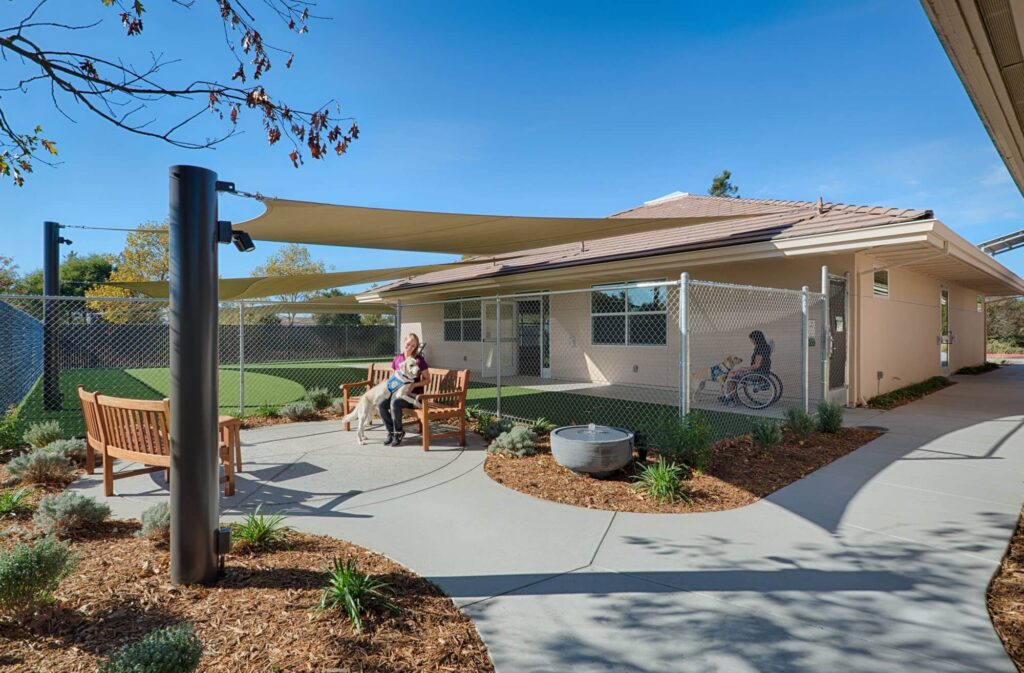